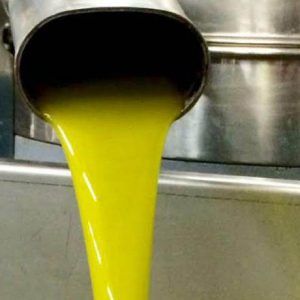 Probably the most widely-used oil in cooking, olive oil is pressed from fresh olives. It’s mainly made in the Mediterranean, primarily in Italy, Spain and Greece (though countries such as America and Australia also produce it). Much like wine-making, climate, soil and the way the olives are harvested and pressed all have an impact on an oil’s character.

Olive oil is assessed on three criteria – fruitiness, bitterness and pepperiness – the flavor, smell and color can vary radically, both according to its origin, as well as whether it’s extra virgin (the finest grade) or not.

Generally speaking, the hotter the country, the more robust the flavor of the oil. It is also possible to flavor olive oil with herbs and spices by steeping them in the oil for ten days or so (though chilli needs far less time).

Extra virgin oil is the most expensive type, and is made from the first cold pressing of the olives. It has a very low acidity rate (under 1%) and is best used for dipping or to dress salads – both because its superior flavor is impaired by heat and because it has a low smoking point.

Virgin olive oil is also a first pressing, but has a slightly higher acidity level (under 2%). It should be used in much the same way as extra virgin, and can also be used to cook Mediterranean dishes to create an authentic flavor (but should not be used for deep frying).

Refined to remove its impurities, and blended to improve flavor, pure olive oil is the cheapest olive oil there is. It’s flavor is quite bland, so it’s not worth using it on salads, but it’s a good all-purpose cooking oil (again, don’t deep fry with it).

Oils from Spain tend to be smooth, sweet and fruity, with hints of melon and nuts and very faint bitterness – they’re quite versatile.

The flavor of Italian oils varies from region to region. The north produces oils that are mild, slightly nutty, and very good with fish. Oils from the center of the country are stronger-tasting, with grassy notes. Southern Italy, including Sicily, produces oils that have a drier, more herbal flavor.

Olive oil is ready to cook with. If you have flavored olive oil with any herbs and spices, these should be strained out – pour the strained olive oil into a clean bottle before you use it.

Olive oil deteriorates when exposed to direct sunlight, so keep it in an airtight bottle a cool, dark place, like a kitchen cupboard, rather than sitting out on a worktop or window sill. Olive oil does not improve with age, and is best consumed within a year of bottling.

Rate us and tell us what you think!

Iconic One Theme | Powered by Wordpress